Advantages of small cities over big cities in Germany

Advantages of living in small cities in Germany

In small cities, people would still be able to make new friends. If a student lives in a small town with a university, the chances are that other students are living in that town as well. So it is easier to make friends who live also close by. Since there are not many options for entertainment, the most common activity is a house party. This helps to communicate and one can build a small community.

The housing price in big cities is really very expensive. For example, Munich is one of the expensive cities in Germany and it is really hard to buy a flat or house there. In a small town, it is really cheap to live in. Though it is quite hard to find your own house or flat when you find your house you have to pay 300 Euros to 450 Euros per month for accommodation.

Small cities are most reliant on independent bakeries, cafes, and restaurants. People can get a chance to try local specialties. The best time of the year is Christmas when local baked goods are all the rage. For example, Rothenburg ob der Tauber’s Schneeball biscuit. It is rare to find outside of Franconia. Bamberg, which is a tiny town located in northern Bavaria, has a huge selection of beers. This tiny town has is home to Rauchbier, which tastes like smoked bacon.

Small cities have the grand architectures of cathedrals and sloping medieval roofs which are great reminders of ancient history. Some smaller towns, for example, Bayreuth, Regensburg, Bamberg, and Würzburg have UNESCO World Heritage Sites, which are internationally appreciated for their beauty. 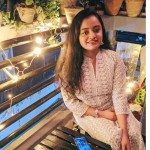 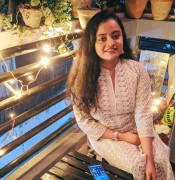