Film University Babelsberg Konrad Wolf is the largest film school in Germany established in 1954. Subsequently, it’s also the oldest film institution in the country. The university is established to advance in the field of filmmaking through research, teaching, studies, etc. Sustainability, high-quality teaching, and supporting creative people are the main focus of the school. Moreover, 17% of international students enroll each year at the university.

Courses offered by the University

The university offers a vast range of course studies in Film studies. Following are a few of them:

Students are permitted to work part-time jobs or apply for university internships as a ‘HiWi’ to earn some money and cope up with their expenses. Jobs outside the university are readily available in restaurants, stores, supermarkets, and shopping malls. Students can also search for jobs for big companies like Unicorn Workspace, REWE, Dirk Rossmann, Presogur, DHL, etc. on online portals.

For students, campus life begins with the accommodation search. The university provides multiple options for housing that are designed to cater to student needs. The Studentenwerk allocates student dormitories where they can choose between single or shared apartments or double rooms within walking distance of the university campus or city center. Private accommodation can be found at housing associations or service agencies with apartments spread across the city. The average rent rate for accommodation in Oldenburg ranges from €290 – €450/month. Nevertheless, it varies from place to place.

Potsdam is considerably more expensive than any other country in Germany. The average living costs range around €843/month. Apart from that, the students need to pay a mandatory administration fee of €25/semester which also includes the semester ticket for transportation, Moreover, the cost of living depends entirely on the student’s lifestyle.

The city of Potsdam is of great cultural significance. Founded in 1776, the city is well-known for its palaces with renaissance architecture and picturesque lakes spanning its landscape. Following are the places students should visit to complete their university experience:

In a nutshell, Film University Babelsberg Konrad Wolf is a world-renown film institution with the major collaboration of partner universities and the German film industry. Moreover, the university is where films come alive and therefore is a big draw for international students across the globe. 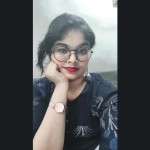 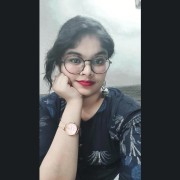