Hochschule der Bayerischen Wirtschaft (HDBW) or the University of Bavarian Economics is a state-recognized private university for applied sciences with a business and technology focus. Munich is the major location, however, there is also a study facility in Bamberg. It was founded in 2012. Business administration, industrial engineering, business informatics, mechanical engineering, and digitization are among the subjects covered by the HDBW’s bachelor’s and master’s programs. There are part-time and dual-degree alternatives in addition to the traditional full-time program. 450 students are currently enrolled, with international students accounting for 8% of the total population.

As of now, it has not been ranked on any of the accredited websites.

HDBW provides internships as part of a practice-oriented course of study, it makes sense to put what students have learned into practice. Not just as a working student, but also for a longer project period, such as during the semester breaks or in the 6th full-time semester. Firms such as Golding Capital Partners GmbH, Microsoft, and Forto provide internships to the students.

While studying in Germany, students find it necessary to work part-time jobs. They can work as a private instructor, bartender, cashier, and other off-campus professions, or as a HiWi in institutions. For more information, students can look at several online job portals or publications. Student jobs are available at companies such as Cafe Feinkost Monsalvy, Begemot Gmbh, UNISTAFF Gmbh, Teststelle Giesing, and SunXpress Gmbh.

Tuition fees for bachelor’s degrees are 3,240 Euros, while for master’s degrees are 3,900 Euros. HDBW provides financing options such as BAföG, student loans, and scholarships. Munich is comparatively costly than other German cities. Moreover, the average monthly cost is approximately 800 Euros excluding tuition fees.

Places to visit near University

Munich is the capital and largest city of Bavaria, a German state. It is Germany’s third-biggest city. Few tourist attraction places are as follows –

The HDBW is a private, state-recognized institution that is regulated by state higher education quality requirements and overseen by the Bavarian Ministry of Science to ensure that its regulations and standards are followed. In terms of form and substance, studying at the HDBW is similar to studying at a reputed state university. 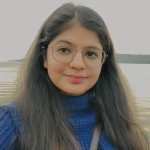 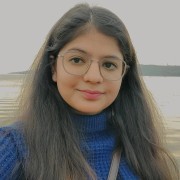 HECTOR School of Engineering and Management