Masters in Data Science from Germany

Data science is the basic science of extracting information from big data and drawing reasonable conclusions out of it.  Masters in Data Science from Germany is a sought-after course. Also, it is an interdisciplinary field that uses tools and methods from the field of Mathematics, Statistics, Computer science, Information science, and domain knowledge. Moreover, it’s basically a human-computer interaction that allows users to intuitively analyze and control data. Apart from that, computer science has become a part and parcel of one’s day-to-day life, especially in the current pandemic. Additionally, data scientists all over the World are basically responsible for breaking down huge data into usable information. This in turn leads to the creation of algorithms and programs that aids organizations in deciding an optimal course of action.

Masters in Data Science from Germany usually have a course duration of 1.5-2yrs. Besides, the eligibility criteria include Bachelor’s degree in Data Science or equivalent namely Statistics, Economics, Mathematics, and Computer Science. In addition to that, clearing GRE or GMAT followed by few interviews is essential. Additionally, the course fees range from 16,000 to 41,000 INR per semester depending upon the chosen University. Equally important, students graduating with a German University degree earn approximately 50 lakh annually. Although, the cost of living varies greatly as per one’s choice of accommodation and other expenses however it will not exceed 900EUR/month. Finally, international students can apply for DAAD and Erasmus+ scholarships.

Why opt for Germany?

Germany is considered one of the best places across the World for quality education and cost-effective learning. Moreover, the energetic and safe environment provided by Universities in Germany facilitates its learning program and presents numerous benefits. There are many reasons to study in Germany, a few of them are hereby enlisted:

The Technical University of Munich

It has a world ranking of 93 among 14,160 universities. It is among the first universities to be titled, “University of Excellence.” Moreover, this is a 4-semester program with an administrative fee of 144.40EUR/sem and no tuition fee. Also, the program covers 3 areas of study namely Data Analysis, Data Engineering and Analytics, and  Data Engineering.

The Ludwig Maximilian University of Munich

It has a world ranking of 56 among 14,160 universities. It encompasses the second largest student population in Germany of 52,451. Also, the university is a blend of creativity and technical research. It is an interdisciplinary program carried out by the Department of Statistics and the Institute of Informatics, LMU. Besides, students gain knowledge in the field of data confidentiality, data security, and data ethics. Additionally, it is a 4-semester program with an administrative fee of 144.40/sem and no tuition fee.

The University Of Magdeburg

The university has a world ranking of 615 among 14,160 universities. It is one of Germany’s latest universities yet it has established itself as one of the important centers for research and education. It is a 4-semester course with an administrative fee of 129.90EUR/sem and no tuition fee. Moreover, it encompasses data analysis and applied data science in business, healthcare, medicines, and computer science.

The Technical University of Dortmund

It has a world ranking of 39 globally as per Young University ranking. Besides, they achieved excellent research outcomes in “Data analysis, modeling, and Simulation.” It is a 4-semester course with an administrative fee of 299.92 EUR/sem and no tuition fee.

It has a world ranking of 152 among 14,160 universities. The course consists of a blend of core subjects of data science and specialization. Also, the range of specializations includes mathematics, computer science, physics, business analytics, computational social science, and computational life science. It is a 4-semester program with an administrative fee of 300EUR/sem and no tuition fee.

In short, data science is the thriving demand of the 21st century. This field is vastly abundant and presents a lot of opportunities, especially since the demand is high compared to the number of data scientists. It renders widespread application in the field of banking, business, healthcare, life science, e-commerce platforms, and every other big company uses data scientists. Also, data scientists analyze the data and at the same time improve its quality. Besides, it’s a highly prestigious job that aids in manufacturing better products tailored to the need of customers. It can also detect early-stage tumors. Since it is among the most highly paid jobs, the field offers a lucrative job option. Consequently, pursuing data science has become essential be it from the above-mentioned universities or somewhere else such as Beuth University of Applied Sciences, Wedel University of Applied Sciences, and FH Schmalkalden University of Applied Sciences. 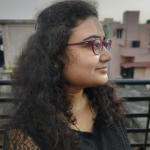 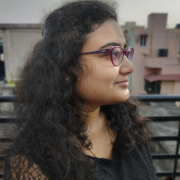 Study Abroad in Germany
2 days ago