Rostock University of Music and Theatre

The Rostock University of Music and Theatre (Hochschule fur Musik und Theater Rostock) is a college of music which was established in 1994 in Rostock, Mecklenburg, Germany. It is situated in an ancient monastery called Katharinenkloster in the historical center of the city. The university is a part of the Association of Baltic Academies of Music.

Courses provided by the Rostock University of Music and Theatre

Jobs and internships- Rostock University of Music and Theatre

Students can join jobs or internships to finance their studies or to earn some extra. They can choose to work at the university or any nearby stores, shops,s or call centers. Vacancies are easy to find on online portals in companies such as Randstad Deutschland, Gi Group Deutschland GmbH, and many more.

Students can apply at the student’s residence that offers accommodation for 2,200 students at the rent of about 140EUR/month. Students can also prefer living in private accommodation which is easily available in the outside market. Rent rate differs according to distinct places students choose to live in the city.

The cost of living depends upon the lifestyle of students and the place student is opting to live. Mandatory payment of semester fee which is 204 EUR/semester (including semester ticket for transport) is necessary. An average amount for the cost of living is around 750-850 EUR/month including rent, groceries, and other basic utilities.

Places to visit near the Rostock University of Music and Theatre

Some famous places to visit near the Rostock University of Music and Theatre:-

The Rostock University of Music and Theatre is one of Europe’s most popular training institutions. Its center activity and mission is to diagnose and responsibly manage the artistic talent because of future practice as a performer, teacher of the arts, and/or art scholar. As an art school, it provides its learners with remarkably individual assistance. 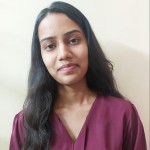 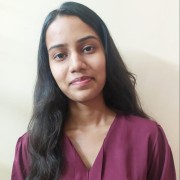