For the first time in two years, fireworks are permitted in Germany for New Year’s Eve, with the exception of a few busy zones around the country where a prohibition remains in effect. In Germany, New Year’s Eve (Silvester) festivities and traditions differ somewhat by area. There will definitely be wonderful food, gatherings, fireworks, and mulled wine.

For the previous two years, Germany has been unusually quiet on New Year’s Eve. To protect hospitals during the Covid-19 outbreak, a statewide ban on purchasing and firing fireworks was enacted at the start of the year.

In previous years, the German love for pyrotechnics on Silvester (New Year’s Eve) has resulted in an increase in accidents and injuries on the 31st. When combined with alcohol-related incidents, it meant that employees in A&E wards and other emergency services faced their busiest night of the year on a regular basis.

As everything returns to normalcy this year, there has been heated debate in the run-up to Silvester over whether to revert to the pre-Covid status quo. Despite the removal of all epidemic restrictions, emergency agencies have urged the government to strengthen the customary lax fireworks legislation.

What are the restrictions for fireworks in Germany?

Some cities have designated no-fireworks zones, particularly along major roadways. From December 29 to 31, the quality of fireworks supplied must be confirmed by Germany’s Federal Institute for Materials Research and Testing (BAM) or an equivalent EU organization. Buyers must be at least 18 years old, and German officials advise against purchasing fireworks from outside Germany.

Where are fireworks prohibited in Germany?

Fireworks are permitted in Germany for New Year’s Eve after two years of ban. The usual guideline is that pyrotechnics should not be used in close proximity to churches, hospitals, children’s homes, nursing homes, and structures that are particularly vulnerable to fire. Some cities also wish to create firework-free zones. Here is a summary of the plans in each state.

This year, fireworks will be prohibited in numerous major Bavarian cities on New Year’s Eve, at least in the core regions.

In Munich, for example, fireworks will not be allowed in the city center (inside the Mittlere Ring), while in Nuremberg, banned zones in the area around the Hauptmarkt and Kaiserburg castles will stay in place “for the safety of the masses there and of buildings protected by law”.

On New Year’s Eve, Regensburg’s whole old town will be prohibited from using firecrackers. Fireworks are also prohibited in the near proximity of so-called protected objects such as hospitals and churches in Augsburg. The use of pyrotechnics in crowded public places is prohibited.

Following the two-year ban on fireworks, Baden-state Württemberg’s government has opted not to impose restrictions for New Year’s Eve, however, some communities have enacted their own laws. This includes a prohibition on fireworks in Tübingen’s Old Town, as well as a similar prohibition in Stuttgart. On the other hand, individuals will be permitted to set off explosives to their hearts’ content in Ulm, Mannheim, Heidelberg, Karlsruhe, and Freiburg – but not in sensitive areas such as nursing homes.

Towns and cities in Brandenburg have stated that they do not intend to impose any harsh fireworks bans this year. Officials in Potsdam, Oranienburg, and Frankfurt (Oder) have all confirmed in recent days that people will be able to let off fireworks in the streets once more.

The prohibition on firecrackers near the Weserpromenade in Bremen, which went into effect in 2020/2021, will remain in effect this year. Furthermore, fireworks are prohibited near historic sites such as market square and the Schnoor neighborhood.

Fireworks are scheduled to return to the streets of Hamburg this year, but not everywhere. A prohibition will be imposed in the area surrounding the Binnenalster lake and at the Rathausmarkt. Potential fire-starters will be barred from Jungfernstieg, Neuer Jungfernstieg, Lombardsbrücke, Ballindamm, and Reesendamm, as well as the centre plaza itself. Fireworks and sparklers, on the other hand, will be permitted, according to officials.

Frankfurt am Main will be lighted up with fireworks again on the 31st, although the Eiserner Steg will be closed between 9 p.m. and 3 a.m. on New Year’s Eve. That is, although small pyrotechnics such as sparklers and firecrackers are permissible, anything larger is strictly banned. Weapons will also be prohibited on public transportation in Frankfurt and the surrounding region, which authorities believe will help prevent alcohol-related brawls from turning into even more deadly scenarios.

This year, Hanover will have several firework-free zones set up in the city centre. The banned zone is from Opernplatz to Kröpcke, Karmarschstraße to Platz der Weltausstellung, Georgstraße to Steintor, as well as Bahnhofstraße, Ernst August Platz, and the Raschplatz region.

Outside of the fundamental restriction on letting off fireworks near protected locations including churches, hospitals, care homes, and fire-sensitive areas, no further bans are planned in Braunschweig, Oldenburg, Celle, and Göttingen.

The authorities in the northern state of Mecklenburg have similarly rejected a state-wide ban. So far, Rostock, Schwerin, Greifswald, Stralsund, Wismar, and Neubrandenburg have only intended to impose limitations in traditional protected places such as churches, hospitals, and nursing homes.

Several cities in Germany’s most populous state will establish designated firework-free zones this year, while pyrotechnics will be permitted in general.

In Cologne, the forbidden zone will be similar to past years, with a fireworks-free zone surrounding the Dom from 6 p.m. to 5 a.m. Between 10 p.m. and 2 a.m., the fireworks-free zone will be expanded to further sections of the city centre: fireworks, firecrackers, rockets, and sparklers will be forbidden on Komödienstrasse/Marzellenstrasse, Andreaskloster, Burgmauer, and the corner of Trankgasse/Kardinal-Höffner-Platz. Meanwhile, fireworks will be prohibited in Düsseldorf’s Old Town from 8 p.m. on New Year’s Eve until 6 a.m. on New Year’s Day. Authorities say they’re aiming to minimize unnecessary injuries. The smaller cities of Essen, Duisburg, and Bochum will simply ban fireworks in certain locations. Dortmund, on the other hand, intends to impose a forbidden zone surrounding the Reinoldikirche and the Hauptbahnhof.

Saxony is taking a laissez-faire approach to fireworks, with large towns like Dresden and Leipzig stating that no special restrictions are planned.

Firecrackers can be fired off almost without restriction in Saxony-Anhalt. As of now, the state’s main cities, including Magdeburg, Halle, and Dessau, have no plans to establish restricted zones.

Yes. Supermarkets and discounters can sell fireworks again, but just from December 29th to December 31st. According to German media, the best places to get your stockpile are Lidl, Aldi, Penny, and Kaufland. Customers who are concerned about retailers running out of pyrotechnics may reserve them using the Lidl Plus app.

According to the Hessischen/Niedersächsischen Allgemeine, Rewe and Edeka will offer fireworks, although not in all stores. Each retailer will be entitled to make its own decision. Meanwhile, prominent hardware companies such as OBI and Bauhaus have declared that they would not stock pyrotechnics. 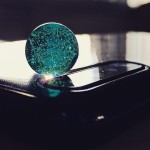 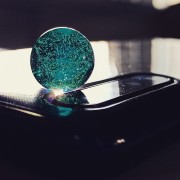 Germany's inflation will remain high over the next two years