Festivals are the best way to know the culture, history, and traditions of a foreign land. Germany is a land full of traditions and festivals. You can find opportunities throughout the year to celebrate the festivals in Germany.

Some of the spectacular festivals are:

The Berlinale festival is also known as the Berlin International film festival. This is the world’s second biggest and largest publicly attended film festival. Every February Berlin rolls out the red carpet to host the festival. More than 400 films from all over the world, parties, historic theaters, and many more special events are organized for everyone who loves films.

2. The Rhine in Flames

You are welcome to enjoy the Rhine’s natural beauty through the lens of this festival. Millions of Bengal lights, breathtaking fireworks, and illuminated steamboats glided down the Rhine, casting a magical glow over the riverbanks, vineyards, and castles. The festival is celebrated on weekends of May and September.

In summer Berlin celebrates its unique and colorful carnival of cultures. Every year more than 1.5 million people pay tribute to the multicultural spirit of the German capital on the day of Pentecost with a four-day street festival. You can enjoy exotic food, drinks, parties, and a carnival parade with decorated floats, singers, and dancers from more than 70 countries.

Reeperbahn Festival is heaven for music lovers. This festival features 350+ concerts, movie screenings, and rocking bands playing music. Also, this is Europe’s biggest club festival and one of the most visited German music festivals. While offering an unimaginable level of entertainment this festival chiefly focuses on the promotion of emerging talents. This four-day festival, beginning at the end of September also focuses on encouraging gender equality in the music industry.

Oktoberfest was first celebrated in 1810 in the honor of the marriage of Bavarian Crown Prince Ludwig to Princess Therese von Sachsen-Hildburghausen. Starting from the mid of September this fest lasts till the first week of October. This is one of the largest fests in Germany as it was attended by 6 million people last year. 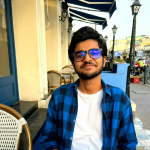 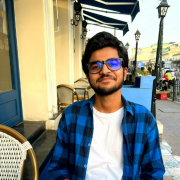