About Top 10 Hochschule in Germany

We are going to look at the top 10 Hochschule in Germany. Germany is a great place to study, offering low or no tuition fees in general regarding the Public Higher Education system. Students, who aim to prosper as scholars of tomorrow, may choose from a wide range of Universities, that provide excellent programs in obtaining a degree.

The Technical University of Munich was established in the year 1868. The University excels in Research and Training. In addition, it is committed to interdisciplinary education and in promoting young scientists. The University has its campuses at Munich, Garching, Weihenstephan, Straubing and, Heilbronn.

Ludwig Maximilians University Munich is an open research university associated with the LERU, Europaeum, and the German Excellence Universities and was established in 1472. The university is also known as the LMU Munich. The degree programs here are a combination of learning, creativity, and access to the latest research.

This public university started in 1745 and is also part of the TU9 alliance. The most remarkable thing about this University is that it has a research airport of its own. This University collaborates with different research centers such as Helmholtz Centre for Infection Research, German Aerospace Centre, and National Metrology Institute of Germany, to provide the best possible research environment to their students.

The university was established by Fredrick William III of Prussia in 1811 on the initiative of Wilhelm von Humboldt. The pioneering work of the  University and its influence and excellence in higher education is well known as the mother of all modern universities. This is also one of the most esteemed universities in Germany. It is ranked at 73rd position by Times Higher Education Ranking, 128th by QS World University Rankings, and a staggering 9th Position in the DFG National Rankings.

Freie University of Berlin was established in the year 1948. It was founded by professors and students in response to the harassment faced by students. The exceptional idea of founding a free university was supported internationally, financially, and in other ways also. This university became one of the nine universities to be selected in the excellence initiative jointly sponsored by the German federal government and the governments of the federal states. In 2012, the university was again selected among eleven universities in the excellence initiative. Located in Berlin, this university has an extremely international reputation.

It’s an excellent university with around 40,000 students and an outstanding reputation in research and industry. RWTH Aachen University exploits a strong research network and the intellectual curiosity of its staff to work on bold scientific questions, transfer knowledge and initiate innovative discoveries that impact global challenges.

The University of Tübingen came up in the year 1477. It is one of the world’s foremost universities. Also, they hold European values and believe in imparting freedom of not only expression but also in the field of research and academics. Apart from that, the core values of the university include sustainable development, peaceful coexistence, and protection of the environment. Additionally, the university is home to 27,436 students. Out of which 3,622 students come from abroad. They take pride in the diversity and convert it into great strength.

The University of Freiburg, founded in 1457 Freiburg is among the 5th oldest universities in Germany. It popularly goes by the name of the Albert Ludwig University of Freiburg. Besides being home to more than 24,000 students from across the globe, it has a long history of 22 Nobel Laureates associated with them. Moreover, it has inspired generations with its excellence both in the field of teaching as well as research. Also, they comprise 11 faculties and 19 research centers. 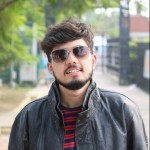 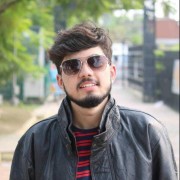