The first case of Monkey-pox in a toddler confirmed in Germany:

The Robert Koch Institute (RKI) for disease control publicize it on Tuesday, 9 August. A 4-year-old girl in the German city of Pforzheim is infected by monkey-pox. This was a first case of monkey-pox in a toddler confirmed in Germany.

The youngster shares a home with two infected people. She is currently symptom-free, according to the RKI, the DPA news agency reported. A sample from her throat was obtained in order to diagnose her after a doctor diagnose her as a preventative step.

The youngster had no touch with anyone outside of her family. The RKI learned of the first illnesses among youths between the ages of 15 and 17 last week.

It became a news highlight. RKI reported 2916 cases. This number appeared less than three months after the first monkey pox case in Germany was officially confirmed. Only seven examples include females, making up almost all of the cases.

The RKI stated, “According to current knowledge, close contact is necessary for the transmission of the disease.” Most often, transmission happens during sexual activity. As far as is known, the majority of people impacted do not develop significant illnesses.

Recently, the World Health Organization reported that the current worldwide outbreak of monkey pox has only affected a small number of youngsters. That 2,916 cases of monkey pox have been reported in Germany so far, out of more than 13,000 cases worldwide.

The committee advises Bavarian Nordic’s vaccine be administered to adults over 18 who have been exposed to monkey pox or are at higher risk of contracting the disease. Men who have intercourse with several male partners and infectious disease lab employees are among those who are more vulnerable to monkey pox.

About 130,000 persons in Germany, according to the Robert Koch Institute for Infectious Diseases, are currently affected, but the nation has only got 40,000 doses of Bavarian Nordic’s Jynneos, also known as Imvanex in Europe. 200,000 additional doses are anticipated in the third quarter.

Till now, it has affected a small number of the population. Although monkey pox is spreading at a very fast rate. Please stay safe and take care of yourselves before this virus turns into a pandemic. 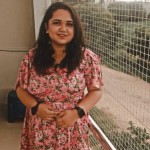 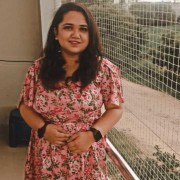